Michael Bowman's March 26th auction held at Chudleigh Town Hall ranked as one of the most successful ever to be held in the auctioneer's 36 year business history. 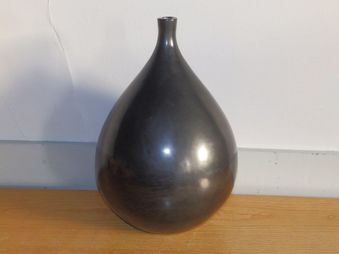 One of the biggest surprises of the day came when a large plain black glazed French earthenware vase marked for Liberty & Co., made nonsense of its £80-120 estimate after selling to a French internet bidder for an astonishing £3,700!  Expectations had been so low, partly because the vase had failed to sell against a £100 reserve at auction elsewhere.

Several good quality watches were on offer.  An International Watch Company titanium chronograph, selling to a local internet bidder for £2,200.  An 18ct gold lady's Cartier tank watch sold over the telephone for £3,300, but the four top prices all went to gent's Rolex models.  A collector from Leicestershire travelled to Devon to secure the Explorer II on offer at £6,300. A Swiss collector triumphed on the other three examples.  A 1984 GMT Master made £7,200, a 1966 Submariner sold for £8,700, whilst a 2003 Submariner reached £8,000. 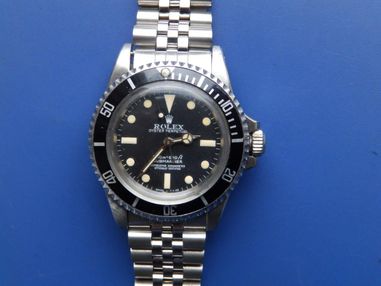 An Edwardian three stone Ceylon sapphire & diamond ring proved predictably popular when a London telephone bidder paid a double estimate £5,700.  Far less anticipated, however, was the tense telephone bidding battle  fought over a 9.5 carat colour change Ceylon sapphire & diamond cluster ring. Estimated at £2,000-3,000, the audience was stunned by the final price of £18,400.  The successful bidder was an English collector living in Portugal. 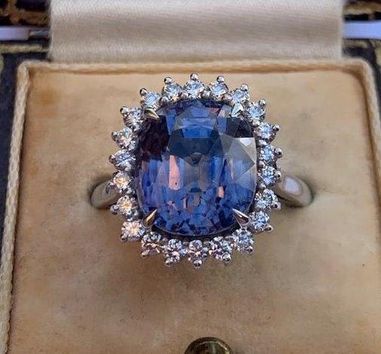 Michael Bowman is now accepting suitable entries for the May 28th auction at Chudleigh and is available each Monday afternoon by appointment for free valuations.  Tel 01626 324071   www.michaeljbowman.co.uk